YES/NO was originally part 3 of the cycle of works HAERWERK (Eng.: Havoc) 1-5 produced during Traavikís 2010 Artist-in-Residency at the Norwegian Museum of the Armed Forces. Two M-48 tanks flanking the entrance to the museum were to be used as the workís main components, however YES/NO was suddenly and unexpectedly stopped by the Army Chief of Staff just prior to the opening in May -10. Another planned opening, H∆RWERK part 2: DiscoPanzer, was similarily canned by the Army Chief.
No stranger to controversy, Traavik chose to honour his contractual obligations and stayed on as A.I.R.troughout the year, completing two more works in the cycle before the end of his assignment.

With funding from Public Art Norway (KORO) and Arts Council Norway, Traavik has worked for more than a year on alternative strategies for realizing the project.  Finally, he was able to borrow two 50 tonnes tanks Centurion Mk. 3/5 from neighbouring Swedenís Museums of Military History which have been shipped across the border and are now being prepared in Norway to be exhibited in central Oslo.
Apart from being an art work in its own right, YES/NO therefore also has become a resurrection of the humanitarian îSwedish aidî (No.: îSvenskehjelpenî) from neutral Sweden to occupied Norway during the Second World War, this time promoting liberal values and freedom of expression to Norwayís civil society.

The artist on the work:
«YES/NO was originally intended as a comment on Western so-called îhumanitarian interventionsî by military means, and on the inherent contradiction in exporting humanism by force. However, it feels as though both the Army Chief of Staffís attempted censorship of the project and, much later, the tragic events of July 22nd have added several new and important layers of meaning to it. I hope you feel the same. We are all YES/NO». 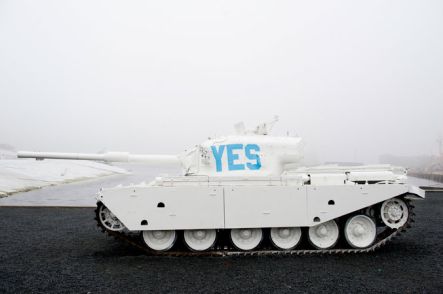 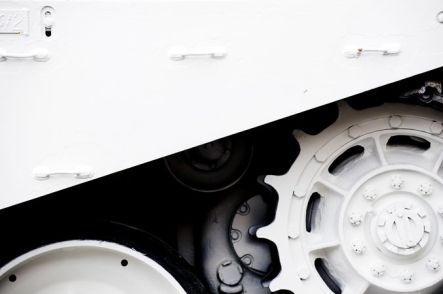 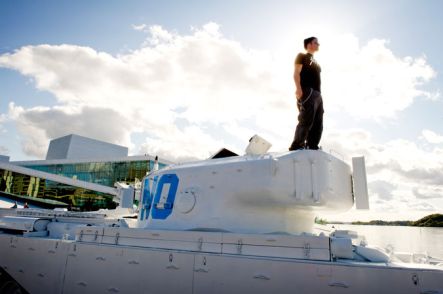 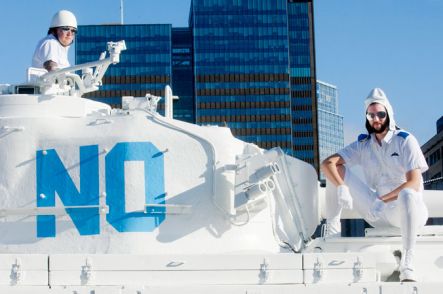 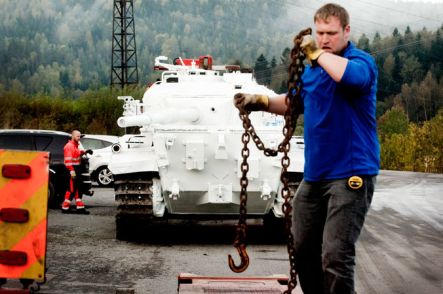 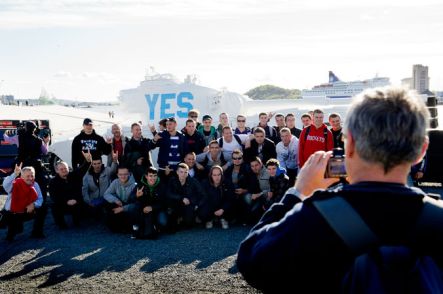 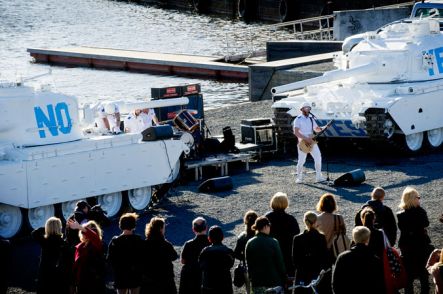 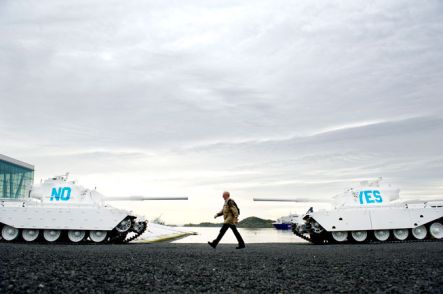 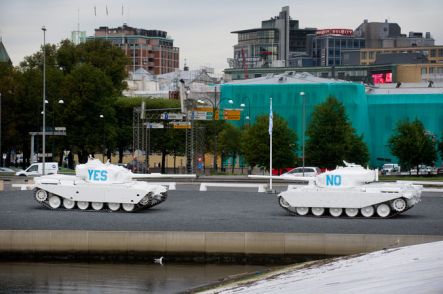 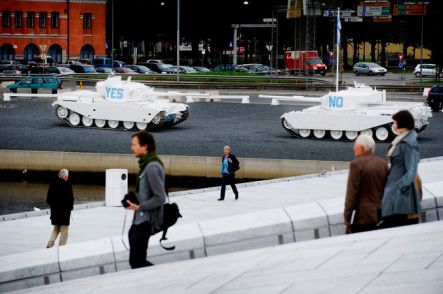 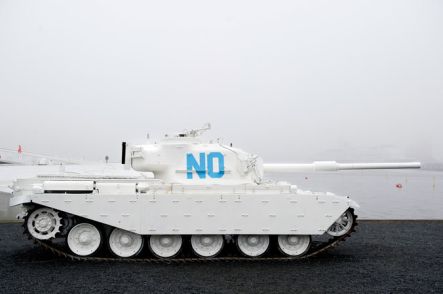