In the realm of beauty pageants it is not the stuff of little girls’ dreams. Yet after the success of the inaugural Miss Landmine competition in Angola, the organisers plan to take the contest to Cambodia next year. Both countries rank alongside Afghanistan as among the world’s most heavily mined places, with a correspondingly high number of victims who suffered the terrible effects of the weapons left festering after years of conflict.

It was the plight of the victims that prompted a Norwegian theatre and film director, Morten Traavik, to come up with the challenging – some would say tasteless – contest to spotlight the ongoing tragedy. «My feminist mother was very unimpressed by the idea of a beauty pageant,» said Traavik, 36. «Here in Norway beauty pageants are regarded as the work of the devil. They’re seen as very, very politically incorrect.»

But Traavik shrugs off any criticism. He is buoyed by the attention-grabbing headlines won by the first Miss Landmine competition staged in Angola earlier this month. «I’m a great believer in counterpoint – a good old theatre trick,» he said. «Here the counterpoint is to put ‘landmine’ and ‘miss’ together. It’s the counterpoint of the serious and tragic reality of landmines and the joyful celebration of life inherent in a beauty pageant.»

The joint winners of the Angolan contest, Augusta Urica, 31, and Maria Restino Manuel, 26, were the embodiment of Traavik’s ideal at the finale in the capital, Luanda, swathed in designer gowns, sashes and silver tiaras that crowned them Miss Landmine 2008.

With 10 women representing their provinces, she hobbled up the platform on crutches to collect her prize – a golden, state-of-the-art prosthetic limb to replace the leg blown off 10 years ago.

Traavik came up with the notion four years ago when he visited Luanda with a girlfriend. He said he was captivated by the Angolan passion for beauty pageants and their carnival atmosphere after some local children asked him to judge a «Miss Backstreet» contest. But he was also struck by the suffering caused by landmines that had left more than 80,000 people maimed after a 20-year civil war, and decided that with his theatre background he was ideally-placed to marry the two things.

After some persuasion, the EU put up some money, along with Norway’s arts council, the Angolan government’s de-mining commission and a charity run by the country’s first lady.

Norway’s foreign ministry steered clear, but is considering chipping in for Cambodia’s Miss Landmine, tentatively set for 12 months’ time, even though Traavik admitted that some international aid agencies had dismissed the first contest as a «freak show».

«In principle we are all ready to go,» said Traavik. «We have the support of the Cambodian authorities and we’re collaborating with Cambodia’s Disabled People’s Organisation which is already, on my behalf, travelling about the  country meeting possible participants, who are enthusiastic.»

In Cambodia there should be no shortage of contenders for the 2009 title. There are 25,000 amputees among the country’s 63,000 victims of landmines and blasts from unexploded ordinance left after 30 years of civil war.

Up to 1m landmines remain buried, out of the estimated million mines planted along the border with Thailand after the invading Vietnamese left in 1989 and the 400,000 planted elsewhere in the country.

But at least the lurking menace is claiming fewer victims. Last year,  Cambodia suffered 347 landmine victims, down from 450 in 2006. That, too, was an improvement on the 847 in 2002, the result of mines degrading with time and failing to explode.
Still, the legacy of years of injuries is grim and Traavik is sure to have contestants eager to win a new prosthesis and prize money in impoverished Cambodia.

Yet even he accepts that in the conservative Buddhist country the format will have to be radically different. «There’s no question the women will be wearing bikinis,» he said. «They will more likely be wearing traditional Khmer costumes. But undoubtedly there will be ways to highlight their disabilities.»

Kek Galabru, the president of the Phnom Penh human rights group Licadho, is scornful of such a strategy to shine a light on tragedy.

«No doubt awareness is important,» she said. «But for me this is using the victims. For them it is still very painful. But they’re saying ‘look at me, I’m still beautiful, even though I’ve lost my leg.’ We don’t need to raise awareness in this questionable way.

«I’m sure there’ll be a lot of resistance from the Cambodian people. I can hear it now: ‘What? A contest of the suffering?'»
Traavik remains unrepentant in the face of such distaste, adamant that the means justify the end.

«What I set out to achieve – indeed I think we’ve achieved it already – was to highlight globally a very serious and unnecessary social problem,» he said. This contest attracts attention to the issue, but it also challenges our western way of looking at the third world. I’m so fed up of social campaigns with black and white photos of Africans or Cambodians, in rags.» 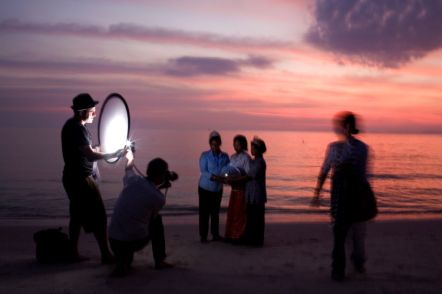 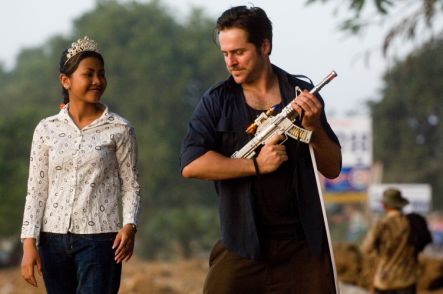 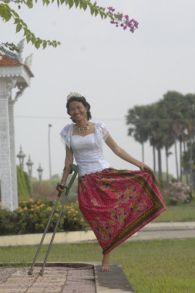 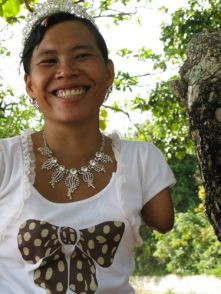 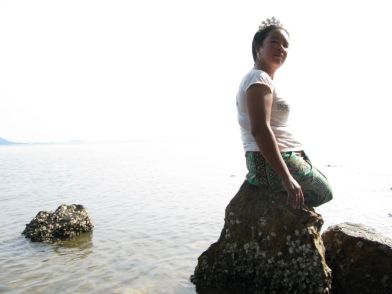 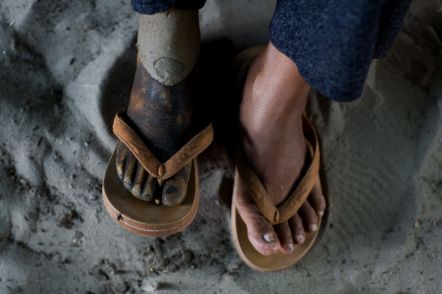 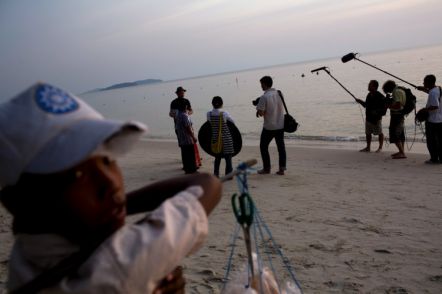 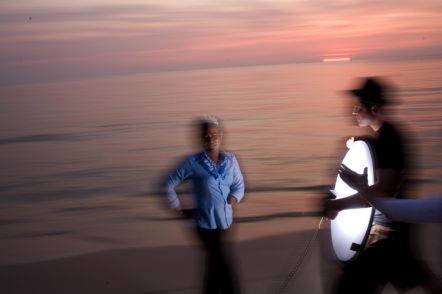