(Norw.: “EG ER MIN EIGEN FIENDSMANN”) is the birth of a musical and aesthetic genre, TRUE NORWEGIAN WHITE METAL:
based on the installation YES/NO (2011) by Morten Traavik

This pilot collaboration between Norwegian director Morten Traavik and his compatriots in industrial artcore band Himeriksskvadronen (The Heavenly Kingdom Squad) is simultaneously a music video in its own right, part of the gesamtkunstwerk YES/NO and a journey by caterpillar tracks through our own zeitgeist,
where White Knights can appear in many guises: rock stars, the declared insane, terrorists, UN peacekeepers, aid workers, artists, politicians and other interventionists with visions for the world. 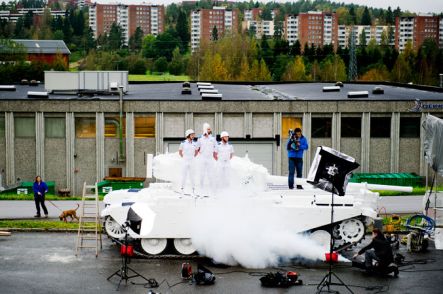 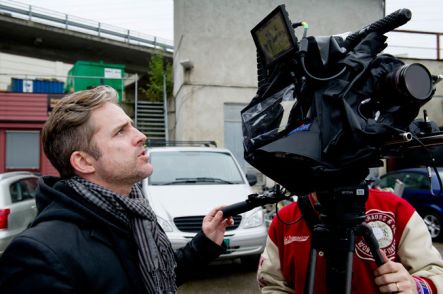 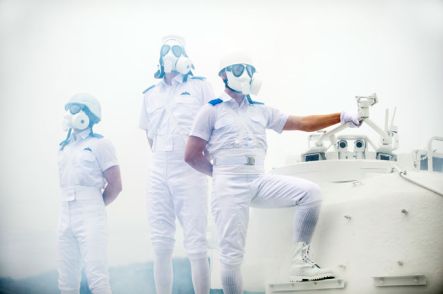 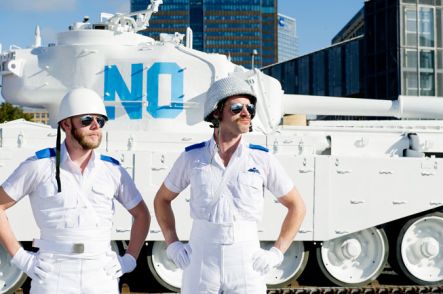 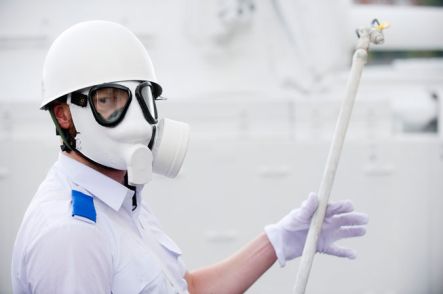 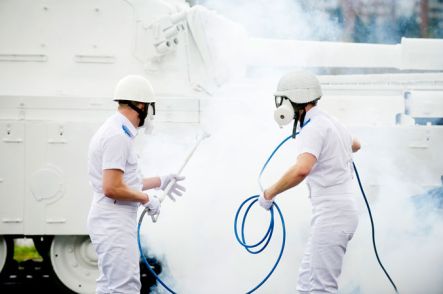 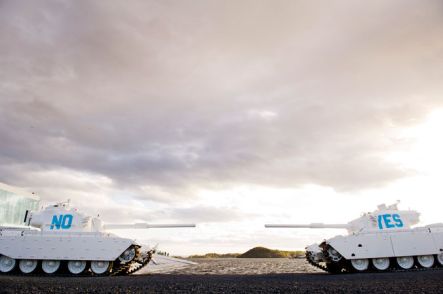 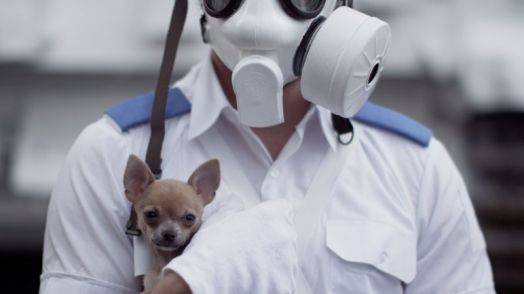 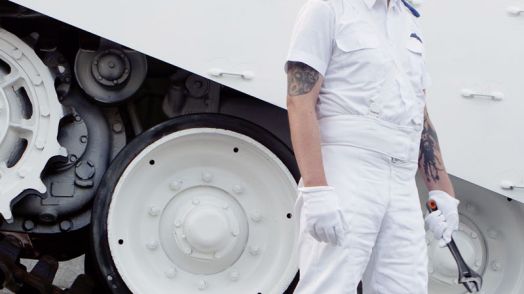 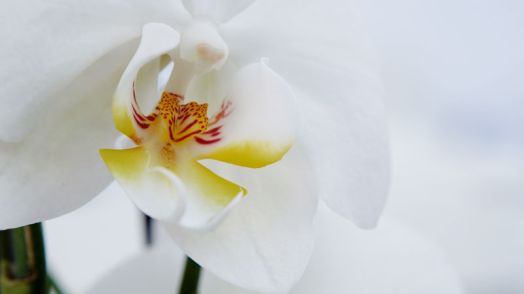